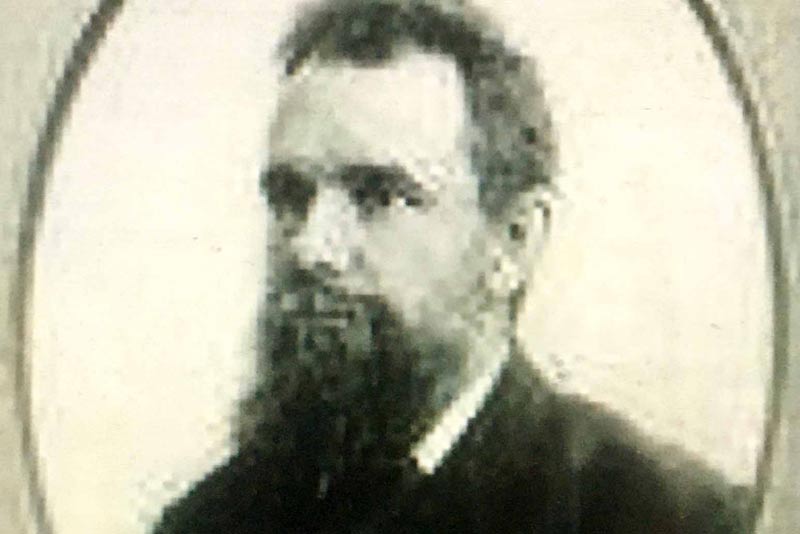 The McGills were history Makers

The family with Irish roots contributed massively to Queensland racing.
By Ross Stanley

James McGill (1842-1918) was a mere teenager from Enniskillen in county Fermanagh when he, along with his brother John, reached the Moreton Bay settlement on the “Montmorency” on 16 October 1860. The lads headed up the Brisbane and Bremer Rivers by steamer to be met at Ipswich by their uncle Arthur McGrory.

The athletic McGrory, an 1852 emigrant whose butcher shop stood on the corner of Darling and Waghorn Streets, was remembered for his wearing of “the old Ireland” style of costume—knee-breeches, blue stockings and shoes.

James, who became a pre-eminent figure in the thoroughbred world and the community, wed Jane Wheeler in 1865. According to the Sydney Mail (18 December 1918), he had “home country experience with horses and land.”

It was an exciting era with newcomers greatly boosting the population. The infant colony had separated from New South Wales in 1859. Ipswich attained municipality status in 1860 and Queensland’s first railway line opened from Ipswich to Bigge’s Camp (now Grandchester) five years later. In 1875, passengers began travelling by train between Ipswich and Brisbane.

With respect to horse-racing, James had come with a well-timed run.

On 29 May 1861, he witnessed the staging of the lucrative Australian Champion Sweepstakes by Ipswich’s North Australian Jockey Club. Flying Buck had prevailed in the initial edition at Flemington in 1859. The Sydney mare Zoe, winner of the 1860 renewal at Randwick, scored again at Ipswich in the presence of the Governor Sir George Bowen.

The prizemoney of 1,000 guineas and sweepstakes of £100 per entry for Ipswich’s three mile race was nearly £700 more than the purse for the inaugural 1961 Melbourne Cup.

The track was located in present-day Raceview in an expanse now bordered by Robertson Road and Cascade, Wildey and Raceview Streets. In 1874, Joshua Peter Bell (1827-1881), the grazier-cum-politician who served as the colony’s Treasurer, established a training and breeding property adjacent to the course. The Grange became a famous producer of elite winners for the Irishman who was the Queensland Turf Club’s chairman from 1875 to 1881.

Although the Moreton Bay Jockey Club functioned in Brisbane at Cowper’s (now Coopers) Plains and at New Farm in the 1840s, Ipswich was outshining the capital when it came to turf matters. Even though yearly action at Eagle Farm was launched in 1865, Brisbane racing took a while to gather momentum. Poor weather and the collapse of the Bank of Queensland in 1866 did not make for smooth sailing.

In the early 1870s, James McGill leased the Criterion Hotel. The prime spot on East and Roderick Streets was near the Ipswich Court House and the Land Court. The hostelry was popular with visitors in town for the N.A.J.C’s annual program. Initially, McGill’s racehorses resided in the building’s livery quarters.

James transferred the Criterion’s licence to premises that then traded as the Palais Royal Hotel in 1879. He bought the former North Australian Club House in 1890 and called the residence ‘Lyndhurst’ after his Brisbane Cup hero.

In the 1880s, “Blacklands” became the hub of McGill’s thoroughbred enterprise. The stables and stud in the vicinity of the modern day McGill Street at Raceview was set up opposite the old racetrack.

McGill was an Alderman of Ipswich City Council from 1887 to 1895. He was the Mayor in 1891 and secretary of the Ipswich division of the Queensland Pastoral and Agricultural Society.

The McGills relocated in 1902 to a house with stables a whinny away from Eagle Farm on the corner of Yabba Street and Oriel Road. The place’s name was changed from Tattersall’s Lodge to Fitzgrafton Lodge.

James died in 1918. His body was taken by train for a service at St. Paul’s in Ipswich. Therein, three prominent stained glass windows were sponsored by the McGill family to memorialize its pioneers.

The flow of accolades for covered his immaculate integrity, his consummate skills with horses and his generosity. The story goes that he was dishing out a shilling to his grand children at the Bundamba races one day when some other boys spotted the gesture. They thought they would test their luck. The big man quietly responded in the affirmative. In those days, a shilling was a princely sum of pocket money.